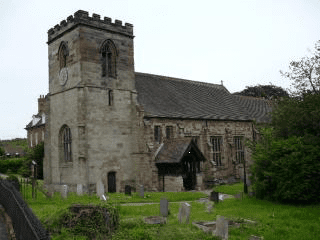 St Michael's and All Angels Tatenhill

St Michaels and All Angels, the parish church of Tatenhill,
and is currently part of a Joint Benefice with Barton-under-Needwood and Dunstall.
• The Church is open every day for anyone to stop by, take-in the history, enjoy the peace or for private prayer
• The Second and Fourth Sundays of each month sees a Communion Service starting at 9am.
• The Third Sunday of each month sees less formal Prayer and Praise Service at 5pm. 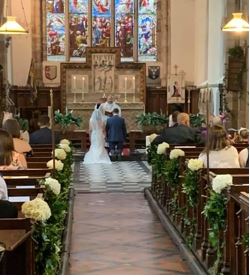 For baptisms, weddings or funerals, please contact Rev Andy Simpson (01283 712359) or Philip Coleman (01283 538983) and stmtatenhill@gmail.com. We would be delighted to host a baptism as part of a normal service or at a time to suit your family.
For more information on St. Michaels & All Angel’s see our website [www.tatenhillchurch.org] or our Facebook Page

History
St Michael’s is an important and architecturally significant church. It is the mother church of the area and once held significant lands down the western side of the Trent through much of Barton and as far south as Wychnor. The church is Grade II* listed, as are the 19thC front railings along the roadside.

The exterior impression of the church is that of the late middle ages, the result of work carried out during the 15thC and 16thC. The three-bay chancel, although having some 13thC masonry, is largely of the 15thC, as is the west tower. This style is typical of the Tudor period, with 4 bays divided by 3-stage buttresses. One of the windows in the chancel has an inset rose design window glass believed to be much older than the window itself and which may date back to Tudor times. There is also evidence of medieval graffiti – aimed at keeping out the Devil and all his works – and above the 19thC pulpit is a small piece of medieval wall painting.

Inside, there is a treasure trove of 17th and 18th Century memorials and commemorative plaques. Much of the interior was refurbished in mid to late Victorian times with new pews, tiled floors and some wonderful memorial stained glass windows dedicated to local people. 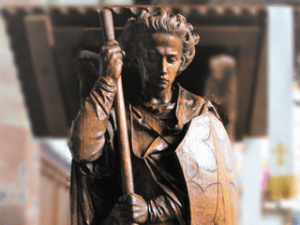 Rangemore Church Parish is part of the benefice that comprises Hanbury, Newborough, Draycott and Rangemore. The benefice team are Rev Frances Shepperd and John Harrison.

Services start at 11:15 am each Sunday. There is a monthly family service on the 2nd Sunday of the month.

The church has strong links with the neighbouring All Saints’ Church of England Primary school.

A parish magazine is produced once a month.

The Friends of Rangemore Church has been founded to allow people to support the church building whilst not supporting the parish share.