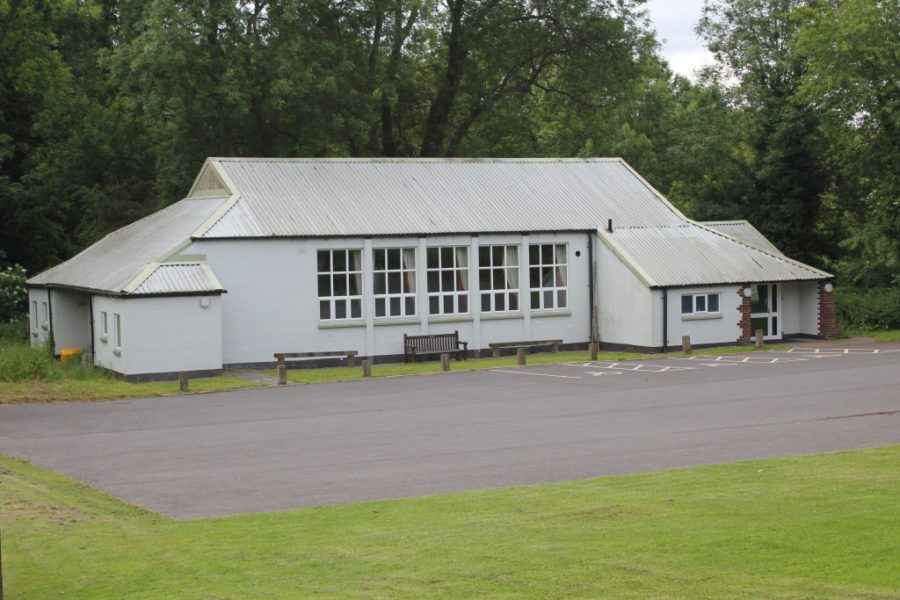 A series of meetings was held in Tatenhill during the late 1940s which identified the need for a permanent building suitable for a village hall. Mr F A Lowe, who lived at Croft House donated some land on Main Street which could be used for this purpose. The hall and land are now owned by the charitable trust. It was agreed that the new hall would be called the Memorial and Thanksgiving Hall and would serve as the village’s War Memorial.

With grants and loans from The Carnegie Trust, Staffordshire Rural Community Council and donations from villagers the Hall was built by Bannister and Sons of Alrewas. The official opening on 27th October 1951 was reported in the Burton Daily Mail as the opening of the first purpose built Village Hall in England.

Over the years the hall has seen performances of Gilbert and Sullivan Opera, Village Pantomimes, Horticultural Shows, Fetes, Live and Local Performances as well as holding numerous parties celebrating national events such as the Queens Silver Jubilee and many, many family parties. Church events have also been held here such as the annual harvest supper.

The hall is financed by income from regular lettings such as an Aikido Club and Tai Chi group. Family parties and other hiring’s make up a large part of our income. Regular Parish Council meetings are also held here. Several years ago a Community Fund Raising Group was established and they have raised a considerable amount of money towards the renovations by holding Fetes, Raffles and community events. We also apply for grants from such organisations as Staffordshire County Council Community Fund, East Staffordshire Borough Council Community Fund and the County Councils Local Member Initiative Scheme. The application for funds towards the lighting and heating was made to the Lottery Awards for All Fund. We have also received funds from Tatenhill Parish Council through a scheme set up many years ago to provide money for the Village Hall and Rangemore Playing Fields through a precept added to the Community Charge. Recent inspection of our accounts showed that for every £1 of money received from the Parish Council a further £3 was generated by match funding from other organisations – this remains a very important source of funding for both organisations.

If you wish to book the facility, contact info to the right.

A deposit of £100.00 is required to secure all bookings.  Please see attached booking form and conditions.