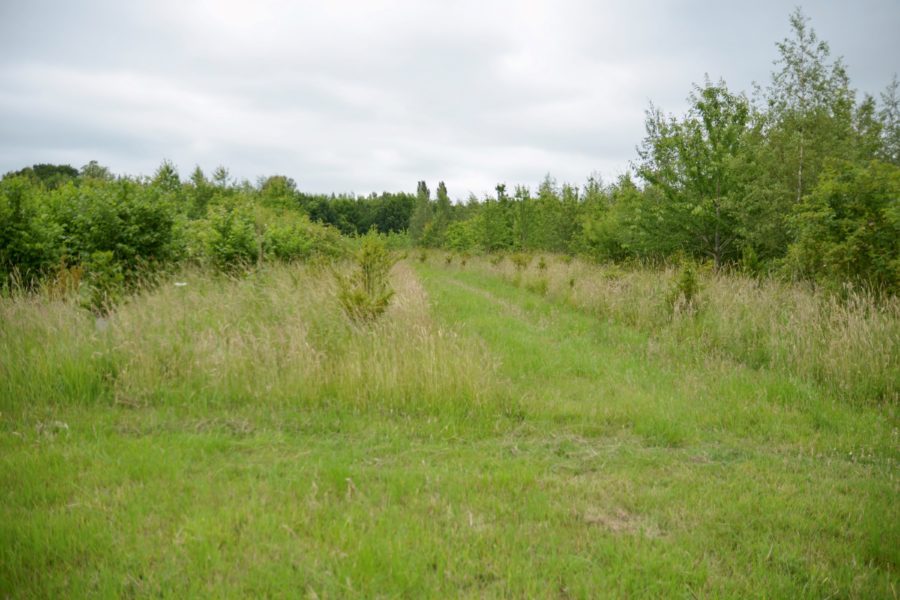 The National Forest Company (NFC) originally approached the Parish Council in late July 2012 with a proposal that TPC become the exit partner for a project to purchase a plot of some 6 hectares of agricultural land off Dunstall Road in Tatenhill and establish a woodland thereon. The land had previously been put to auction by Aggregate Industries Limited (AI) in November 2011 but was not sold at that time.

In Mid-October, the project had developed into a proposal that TPC take the lead on acquiring the land, designing and establishing a woodland area with funding from NFC and ESBC in the ratio 75:25. A condition of the grant funding was that the transaction was completed before the end of February 2013.

At the meeting on 30 October 2012, TPC agreed in principal to proceed with the project. This was followed up with a meeting on 6 November 2012 with TNFC to discuss the process and various funding opportunities to cover the different stages.

At the council meeting on 27 November 2012 TPC delegated powers relating to this matter to the Finance and Policy Committee, subsequently letters of intent were sent to both ESBC and TNFC confirming the proposal.

After valuation and the necessary legal requirements, the purchase of this land was completed at the end of February 2013.

Over the next few months the Parish Council applied to the Forestry Commission for a grant to cover the cost of designing, planting and maintaining the new woodland. To comply with Parish Council regulations this involved obtaining three quotations from both designers and contractors. Eventually Liz Sharkey was chosen as our designer and Ian Hart as our contractor for planting and maintenance.

There were some difficulties to overcome in designing the woodland as two main pipes crossed the land effectively dividing it into four sections. Liz Sharkey worked to produce a design that took these problems into account and also made best use of the views. The design incorporated only native trees and included trails for walking throughout the woodland. During this year the Parish Council also asked for suggestions for the name of the wood. As the purchase period coincided with the pregnancy of HRH Duchess of Cambridge it was agreed that the woodland should be Prince’s or Princess’s Wood, and so in July 2013 Prince’s Wood was named.

Planting of the approximately 10,000 trees was completed in March 2014. New fencing and gates were also added and the initial stage of the work was complete.

Maintenance is ongoing, regular spraying is being carried out to remove some of the more persistent weeds. The paths through the wood are mown and a plan is in place to hand pull the ragwort should this be necessary.

The Woodland is open to all and is close to sections of the National Forest Way Walks. The Parish Council will continue to maintain this area for the years to come.

Interpretation boards have now been installed and seating. The Parish Council hopes to plan some volunteer days during 2021. Please get in touch if you would like to get involved.